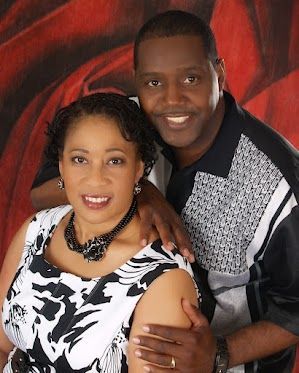 Dr. Kelvin E. Turner has dedicated his life to teaching the word of God. He is the l0th Pastor of the historic Zion Baptist Church of Portsmouth, Virginia. His vast experience in the areas of pastoral ministry, church leadership and Christian education led the 150-year-old church congregation to select him as their Senior Pastor in June, 2009. Upon his arrival to Zion Baptist Church, who had no physical church home during that time resulting from a horrific fire, he faithfully and immediately began efforts to locate a worship center for Zion and successfully led efforts to revitalize the congregational spirit. In less than 2 years after his arrival in 2009, Dr. Turner and the Zion Baptist church congregation purchased a multi-million dollar historic worship, discipleship and ministry center in April 2011, in the historic Parkview community of Portsmouth, VA. Three years later, in August 2014, Dr. Turner then led the church efforts in completing an additional $2.3 million dollar renovation effort of the facility’s 62-year-old Christian Education wing, that now provides state of the art meeting rooms and technology, expanding his vision to reach souls in a more global way.

A native of Detroit Michigan, he is a graduate of Wayne State University, where he earned his Bachelor’s of Science degree in Psychology. He continued his education at the Southern Baptist Theological Seminary in Louisville, Kentucky, earning a Masters of Divinity in Christian Education, and a Doctorate of Ministry at Wesley Theological Seminary in Washington, DC.

Prior to his call to Zion, Dr. Turner served as the Executive Pastor of New Directions Christian Church in Memphis, Tennessee, where he was responsible for managing the pastoral staff, Life Change Counseling Center, overseeing general church administration for more than 10,000 members.
He has also served as Senior Pastor of Tabernacle Baptist Church in Youngstown, Ohio from 1997-2005. He has held many offices in prestigious organizations such as: President of the Northern Ohio Baptist Congress of Christian Education; Director of the Youngstown Extension of the American Baptist College; President of the Youngstown Area Community Action Council; President of the Interdenominational Ministerial Alliance; and the Governor's appointee for the Commission on African American Males. He is also currently a Board member of the Portsmouth Volunteers for the Homeless. Dr. Turner has traveled extensively both in the US and abroad, in support of national and international humanitarian efforts while sharing the gospel of our Lord and Savior.

Dr. Turner is a proven leader, equipped to make an impact upon whomever he meets with the power of God, his many talents and gifts. Above all of his accolades, his role as Husband and Father is his most valued treasure. He has been married to First Lady, Karen Minor-Turner for over 31 years, and they are the proud parents of Kelvin Eric II, Kandace Joyce, and Karisma Elyce.