It’s More Blessed to Give Than Receive

When the LORD turned again the captivity of Zion, we were like them that dream. Then was our mouth filled with laughter, and our tongue with singing: then said they among the heathen, The LORD hath done great things for them. The LORD hath done great things for us; whereof we are glad. Turn again our captivity, O LORD, as the streams in the south. They that sow in tears shall reap in joy. He that goeth forth and weepeth, bearing precious seed, shall doubtless come again with rejoicing, bringing his sheaves with him. - Psalms 126

The “city boy” in me, at times makes it difficult for me to understand stories and biblical passages referencing the farming of agriculture and livestock. Such was the case with the 5th and 6th verses from Psalms 126, until I heard a former missionary share the story of poor families from Sahel, near the Sahara Desert.

In the Sahel, all the mist and moisture comes during the months of May through August. There is no rain or moisture or rain between September and April. For that, reason, the year’s food supply must be grown during the four months of mist, moisture, and rain.

In October, families would sing, dance, and celebrate the harvest. The family would eat two a day. By December, the granaries receded, and family meals were reduced to one meal a day. During the months of February and March, the one meal is reduced even further. The lean months leave haunting memories.

During one of those lean months, a young boy about seven years old came running to his father with excitement because he found grain in a leather sack hanging on the wall in the goat’s hut. The grain in the leather bag was the seed grain for next year's harvest.

In the New Testament Scriptures, our giving is compared to harvesting, The Scripture says if we sow little, our harvest will be little, but if we sow much, our harvest we will be much. Based on your giving, what kind of harvest do you expect. Based on the scattering of your financial seeds, are you able to come rejoicing? Are you able to celebrate a bountiful harvest. 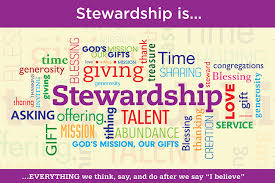 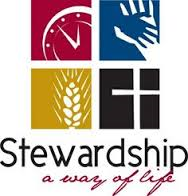